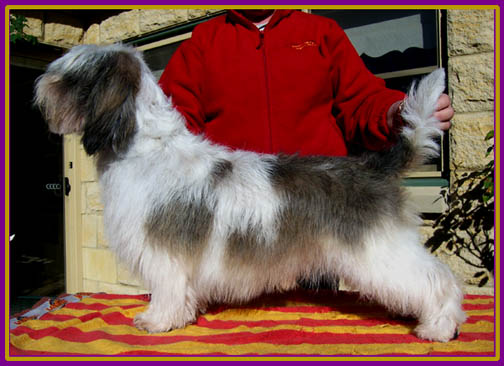 Jean Claude -   is from our first litter, the 'A' litter and has been a wonderful ambassador for Rokeena.  He has enhanced a number of people's lives with his comic, loving character, whilst still doing great  winning in the show ring beginning with No 2 in Group at Sydney Royal at only 8 months old.  He has spent most of his life with Bev & Dave Tophill but now has settled in his new home in WA with Maureen and David Thomas where he will be shown and live a life of luxury for the rest of it. Russ & I would like to thank the other  following people who helped with him over his show career. Matthew Penman, Kylie and Sue Wright.

Pedigree  - (Click on the underlined names to see photos of dogs)