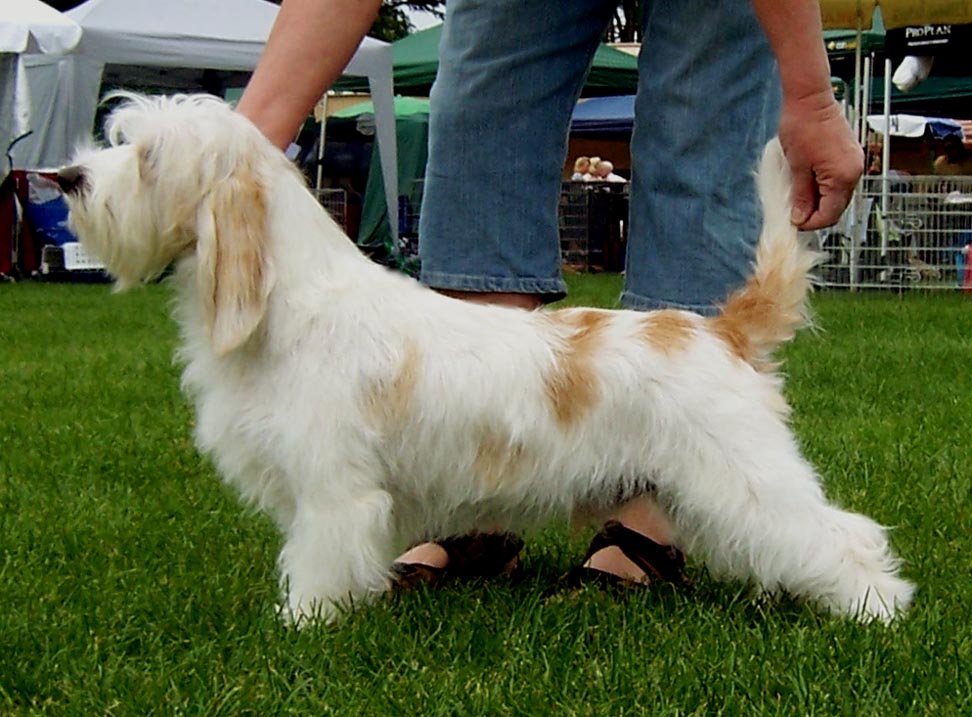 Bond  - Is from our R-Litter . He is another young male 'star' at Rokeena. So far he dazzled the judges in the show ring with a number of Best Baby in Show awards and almost Baby in Group at every show he has attended.  He is fast catching up to his 3/4 brother  'Mr Wilson'  in the Australia's National Hound leader of the very competitive RISING STAR COMPETITION .  Like Mr Wilson, we are  hoping he will continue to impress and will be following closely in his  Grand Father 'Ceejay's' footsteps.