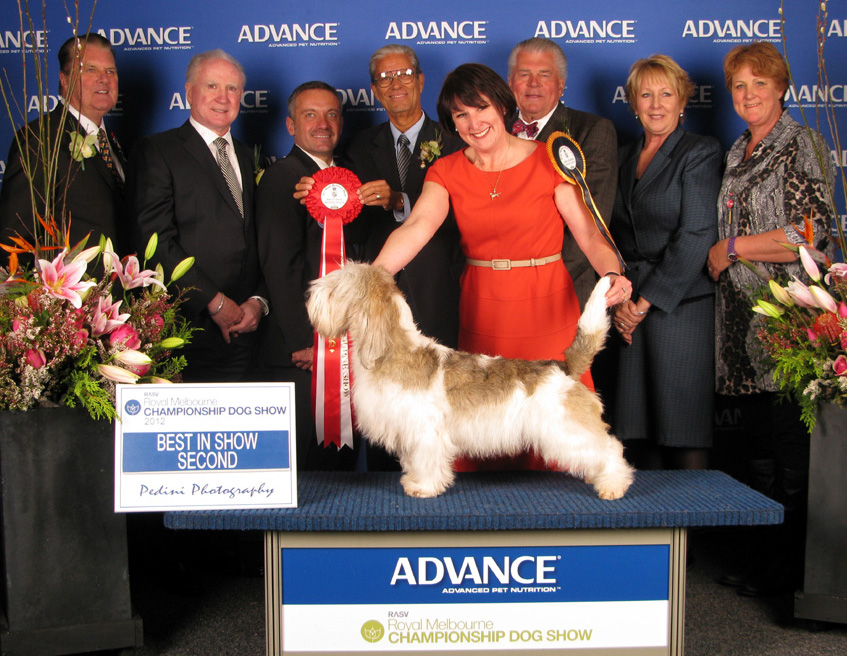 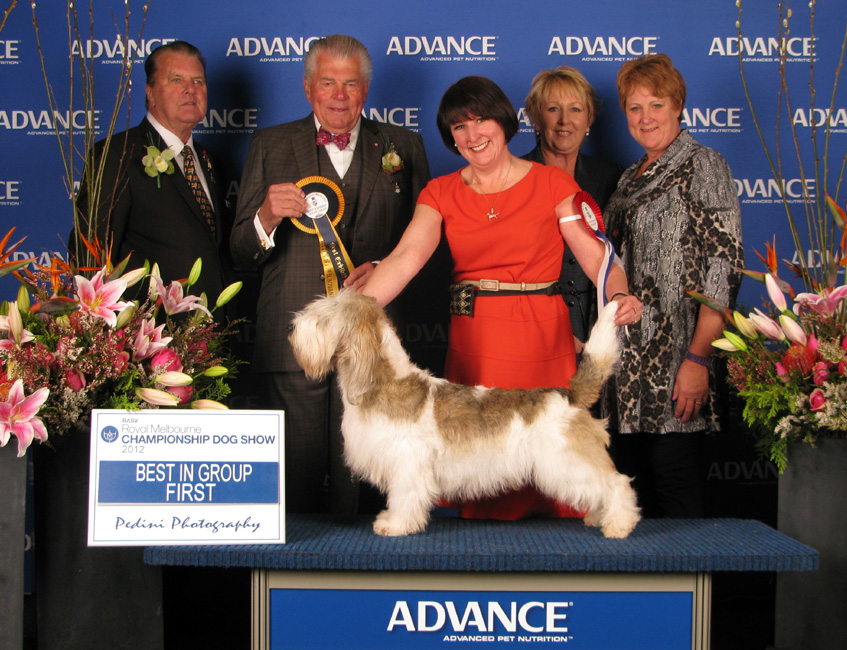 Darcy - Is from our  R-Litter.  He was bought by his NZ owner Robyn Hay as a baby puppy and from the beginning made a big impression on the judges in NZ , winning BIG and Best Puppy in Show at only 10 months of age and going on to win 'SUPREME PUPPY OF THE YEAR in the South Island.  After winning 7 BIS All Breeds,  and gaining his NZ GRAND CHAMPION TITLE before turning 3 years old, Robyn decided to generously let us all here in Australia enjoy some of his wonderful success too.  Owned here in Australia by Russell, myself, Robyn Hay and Shellie Marshall who handles him so superbly, in the 9 months he has been shown here he as taken the show scene by storm, accumulating 8 BIS, and 9 Runner Up in Shows All Breeds which culminated in September with an amazing #2 In Show at Melbourne Royal over 3500 entries.  He also won the Champions Sweepstakes over 54 other BEST IN SHOW winners at the same Royal show.  This has increased Darcy's lead as #1 Hound in the Country and elevated him to #2 Dog All Breeds.  Darcy mesmerises the judges and the crowds with his amazing showmanship and he and Shellie make a remarkable teamwith him talking (loudly) to her and clowning in the ring at every opportunity he can.  At only just over 3 and half years old we think this incredible dog's future is limitless.

Pedigree  - (Click on the underlined names to see photos of dogs)