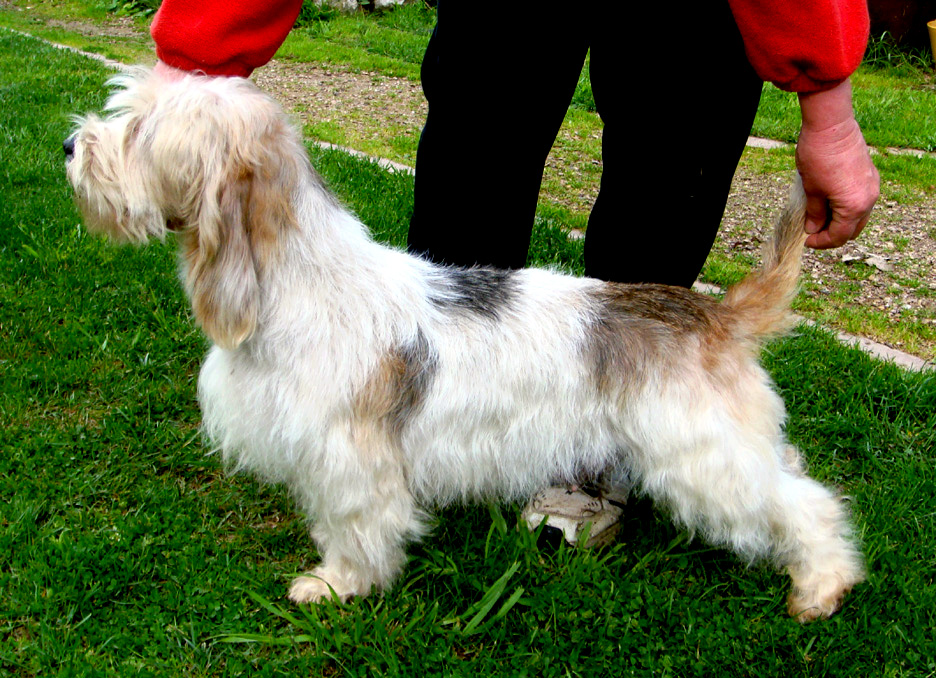 Peggie Sue   - Is from our R-Litter  and another of our  young female 'stars' at Rokeena.  She is sister to 'Bond' and a 3/4 sister to  'Mr Wilson'. She started her show career with a Baby Puppy In Show at 12 weeks of age and was campaigned  her Australian Championship title by Marion & Nicole Rowley.  She came back to Rokeena and was bred to NZ Ch. Soletrader Jack In the Box (Imp UK) producing our 'X-Litter'  .  She has now just produced on very precious puppy 'Snow' who was the only one in the litter from frozen semen to our dear old dog 'Ch. Rokeena Alyon's Amusement', who passed away early 2012.  Peggy now lives with and is loved by Irene Blunsden.